After two nights in L’argo, we left at a decent hour in the morning, heading to Williamsburg/Richmond, Virginia.

We went to the hotel, which, while beautiful on the outside, was actually quite odd inside. The lobby was inviting, as were the staff, but the doors to the room took more effort to open than any other hotel I’ve every been in. There were lots of random steps in the hall, as well as ramps that made getting into the room very difficult.

When we got into our room, there appeared to be two windows–nope. One “window” was a mirror behind a curtain, and the other was  a window that looked down onto the breakfast area sign that cheerfully announced, “BEGIN YOUR MORNING ON THE BRIGHT SIDE!”

The mattresses were also really solid, which was a little weird. However, I can’t say I didn’t enjoy being in Virginia again, as I had been to the exact same area when I was nine or ten, and have to admit, it’s one of my favorite places in America.

We’d been in the hotel for about an hour, and my Grandad suggested we go check out Colonial Williamsburg. I was more than happy to agree to this, as I was eager to see it again, and see how much I remembered almost ten years later. 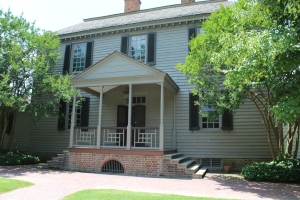 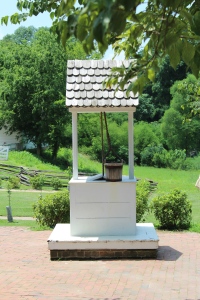 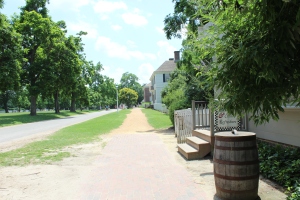 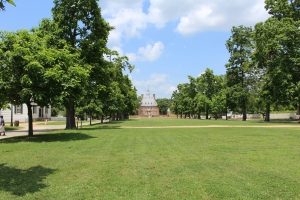 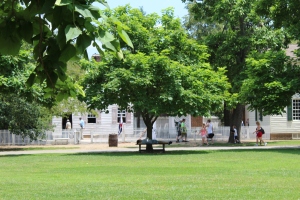 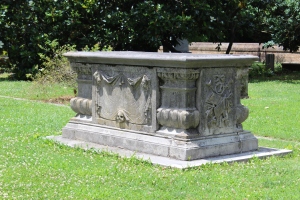 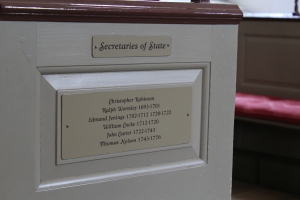 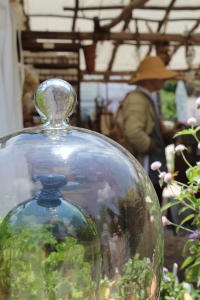 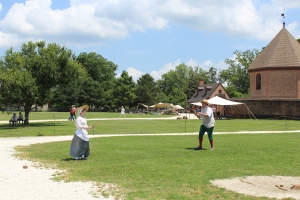 Walking around brought a lot of memories back for me, and just going into the same little shops and looking at the quill and ink set that I had bought so long ago made me smile.

I am a total history nerd, so Colonial Williamsburg was like an extension of Disney/Universal for me.

After about three to three and a half hours of wandering around, getting lunch, and picking up some souvenirs, we went back to the Odd Hotel to get ready to go the 2nd Street Bistro again.

We got there right before the evening rush, and I had one of the most delicious salads I’ve ever had. YUM. Salad!

Not too long after, we went back to the hotel, and after rereading some of my favorite lines from This Side of Paradise, I finally went to sleep.

The next day, we were up early, ate some breakfast, and off on the road once more.

I loved being on the road. I’d have loved it more had I not had a major backache the evening we got back home, but overall, it was something I’d love to do again.

The farther North we got, the more like Europe it was. Seeing daffodils and other bright flowers on the side of the road, with hills, and old buildings, made me think of being really little. I wish I’d have appreciated some of those sights a little bit more.

But I also have to admit that as we drove back into town, I felt the feeling of relief at being home. The familiarity hit me. Although I may not fit in so much where I live, it’s still home, especially the street I live on.

I always appreciate home a bit more when I come down the street and ride/walk/run under the trees whose branches wrap into each other like a canopy above the street. There’s something about that; it makes me feel safe and comfortable. Familiarity is a wonderful thing.

However, that’s not to say that I’m scared to move away–I’m not. I have enough confidence in myself to know that moving to another state in a few years will be good for me, and that I’ve got to be a bit fearless in that regard. I won’t be young, or alive, forever, so I need to see as much as possible, and enjoy it all.

If you knew you had two months to live, where would you go, and why?